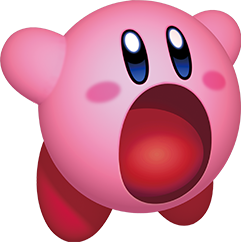 Kirby is a pink ball with rosy cheeks and big red feet. His small size doesn't stop him from having great adventures!

8 things you should know about Kirby: